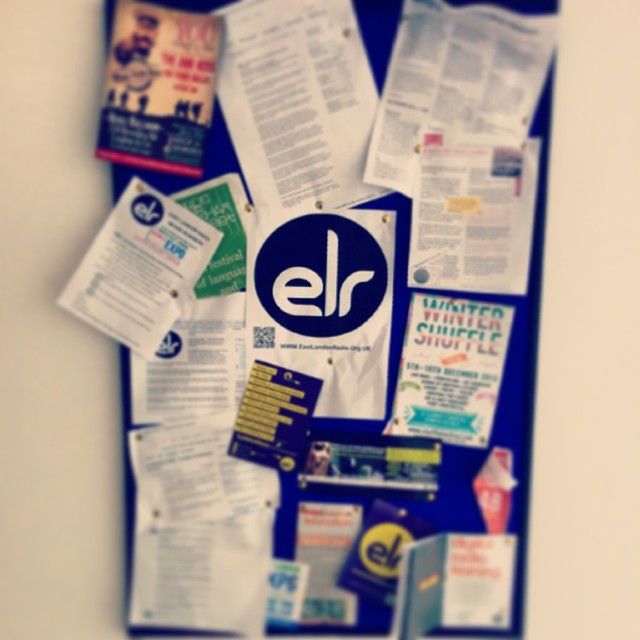 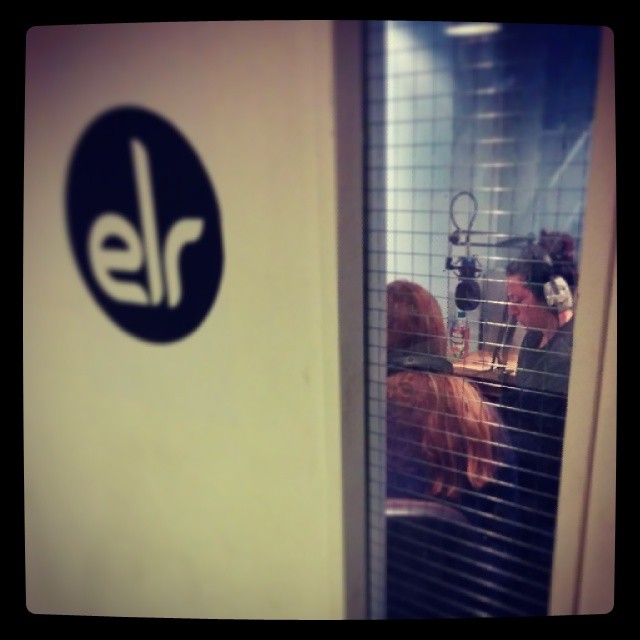 2013 was an amazing first year for East London Radio, we set up (ok, Ian set up) a very successful Twitter account after a brief conversation between Ian and I on the Media UK website and chats in our first office (Caffe Nero in the Westfield). Within 6 weeks we had already gained more than 1,000 followers.

This has been the pace at which things seem to progress at ELR.

It is both exhausting and incredibly exciting to meet so many new people who are as passionate about the area as we are. As with most voluntary organisations we have had a steady stream of people come and go (and win Radio Academy awards) with a core of about 30 and a wider group of just under 100 with a current waiting list of 40.

2014 has been a surreal experience and for me personally & mostly a blur with everyone starting texts and emails with ‘Aaron, I know you are really busy, but…’.

I remember having a conversation with Ian in January about how this year would hopefully be a little quieter, within a few minutes he received an email from the V&A asking if we would like to hold a pop up radio station initially in a shed (sheds would become a running joke for Ian for the rest of the year). It is impossible to list all the successes this year, but I will try and list the best bits by month. 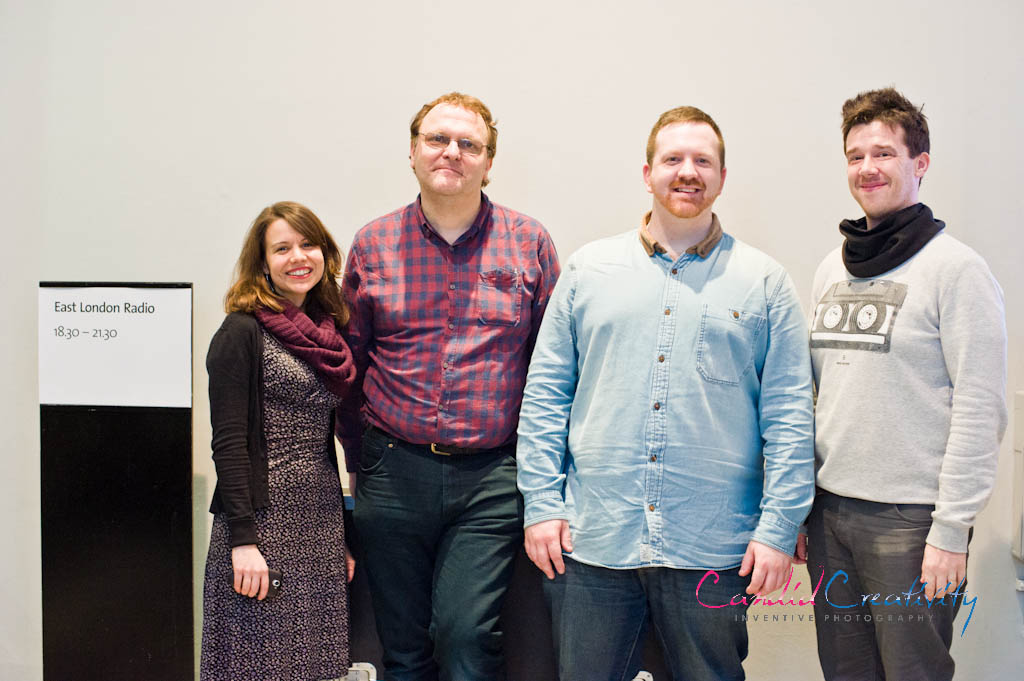 February was obviously the V&A with Orlaith supporting the station as manager. March was a little quieter, but probably the most important day in that month was 22nd which is a birthday date Ian and I share.

In April we had a regular blog & started testing the ELR stream which ran through May and launched in June, we passed 100 shows at the beginning of the year (we are almost at 600 when I write this), following the stream was the launch of the ELR app available on Apple and Google Android devices.

We held live outside broadcasts in July at the Luna lounge and the Balfron Tower. August bank holiday was the official launch of ELR which was broadcast live from the top of the Orbit in the Olympic Park which was an amazing success. We are lucky enough to run the radio studio space at Spotlight in Poplar too.

September saw the launch of the ELR schedule, followed by live broadcasts in October with Tuesday, Wednesday & Thursday evenings & most of Saturday’s live. We launched a shop, an office space with Portfolio & were invited back to the Orbit for a Halloween event. The culture show had accreditation for the BFI film festival and Jennifer met some amazing A-List stars including Brad Pitt!

In November we had a Finnish delegation from an online community radio station visit us to see how radio should be done and left inviting us to see what they are doing in Finland. Channel 4 came in to the studio to film a documentary and ELR was part of this for a series to be shown about NHS cuts affecting East London. 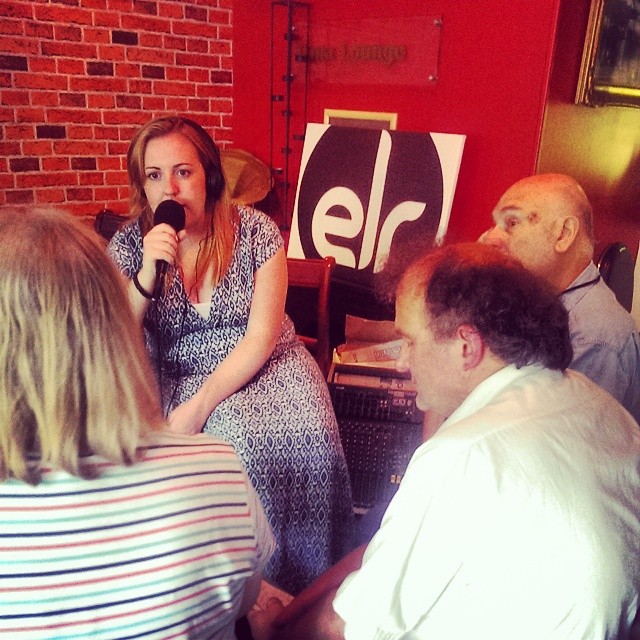 December sees us wind down and take off 2 weeks with a chance to reflect on a very successful and challenging year….well after we hold an outside broadcast at the Roman Road festival!

We have already started planning for 2015, I have been invited to be on the panel of a new online radio stations conference in London in January & we will be on Channel 4 in February as part of the documentary on the NHS. Ian will be doing his magic and getting us more space to record, broadcast and train from, including a ship, the YMCA and the old bowls pavilion in Ilford (…because why not?). I think we have all earned a well-deserved break this Christmas & I look forward to working with you all again in 2015. My thanks goes out to Ian for putting up with my ranting, & complaining and bringing me back down to Earth when I get too full of myself which in itself is a full time job. 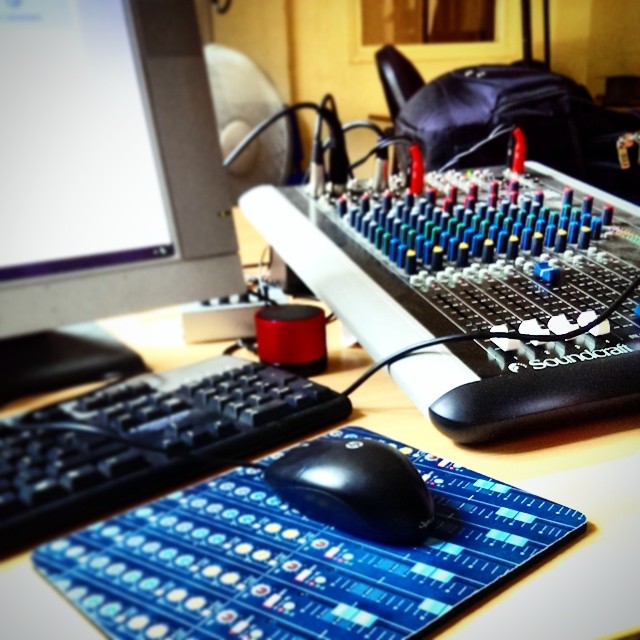 Thanks to everyone for giving up your time to make ELR a huge success.

The only thing that is left for me to say is that….my name is Aaron (pronounced Airron) and not Aron….. no but seriously let’s raise a glass, mug or plastic cup to ELR and to our continued success. Thanks to you all.