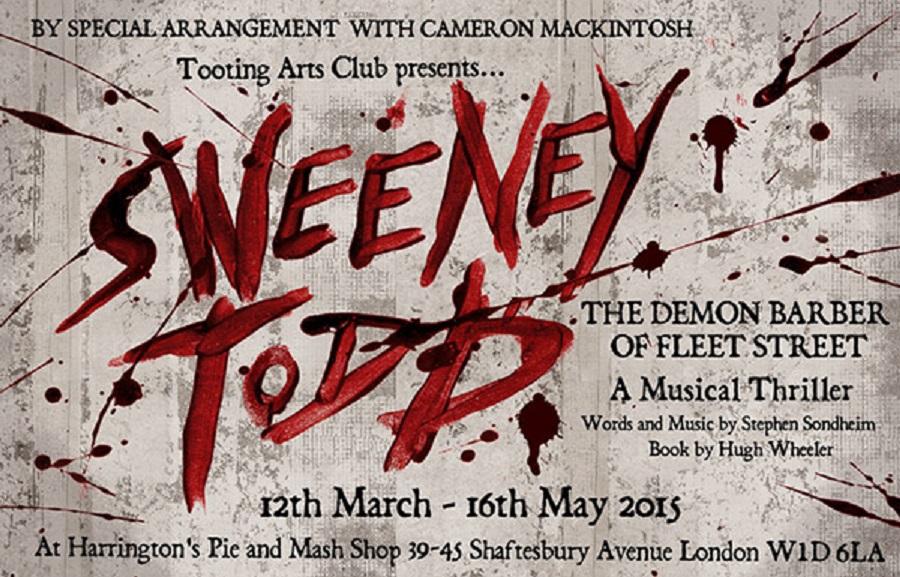 Laura Cress from The Culture Show reviews Tooting Arts’ Club’s Sweeney Todd, one of the West End’s first pop-up musicals styled on a real pie and mash shop in Tooting:

Summary:  Jeremy Secomb terrifies as Sweeney Todd in this fantastically intimate version of the musical. It’s not surprising that when Sondheim visited Tooting Arts Club during their performances last year  he praised the production so much that it’s now found its way to the West End. With a show as slick as one of Sweeney’s deadly shaves expect this visceral black-hearted comedy to sell out soon – and hopefully extend its run too, keeping a little piece of the bright lights of Theatreland forever dimmed and gloomy.